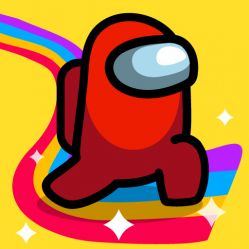 General Among Us has sent you to capture the YRZ-15 space station. Fight other impostors for the territory. Don't let the enemies of the Amogus defeat you! Capture territory, guard your borders and occupy the entire station area! When impostor is running out of its territory, it is vulnerable and leaves a trail. If you hit the trail, it will die, and its territory will be freed. Keep your trail safe and attack enemy trails. Conquer the largest territory in the station and get the crown!

Touch screen on mobile device to control your character movement. For desktop use mouse or keyboard (WASD / arrow keys).